How To Get Certified As An Infection Control Nurse

Infection acquired during Health Care delivery is a major problem in the Global Health System. Hospital-acquired infections (HAIs), also called “Nosocomial Infections” are defined as infections which are not present or not incubating during the hospital admission and are acquired during the hospital stay. Etiological and epidemiological characteristics of Hospital-acquired infections show variation among different countries across the world. As per WHO data 1 in 10 patients acquired an infection while receiving care. Up to 30% of the surgical patient acquired a post-operative infection and up to 51% develop antibiotic resistance. Infections acquired during service delivery are among the major cause of mortality and increased morbidity among the hospitalized patients. 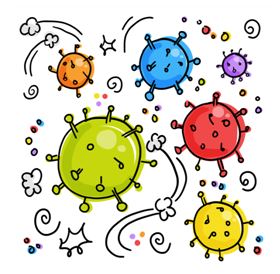 In 2012 the Health Protection Agency reported the prevalence rate of hospital-acquired infection. in England was 6.4% in 2011, against a rate of 8.2% in 2006. with respiratory tract, urinary tract and surgical site infections the most common types of infections reported.

The Centers for Disease Control and Prevention (CDC) estimated roughly 1.7 million hospital-associated infections, from all types of bacteria combined, cause or contribute to 99,000 deaths each year. 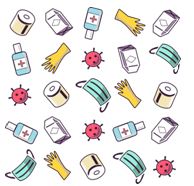 The burden of hospital acquired infection is several fold higher in India as compared to the developed countries.

The prevalence of Hospital acquired infections (HAIs) has been intensified due to non-availability of trained staff in infection control. Consequently, staff trained in infection prevention and control practices is a-high demand category in Healthcare Industry. With this it is important to mention that an effective infection prevention and control program could lead to reduction in HAI to as low as 30%. Most importantly this would save patient lives.

What Does a Diabetes Educator Do and Why You Should Turn to This Expert?

Diabetes Educator: The Source of Contentment for a Diabetic

What to Keep in Mind about the Diabetes Educator Course?

A Detailed Look Into Healthcare Facility Planning and Design Course

What is the Diabetes Educator Course?