IELTS Speaking Test Format and How it is Marked 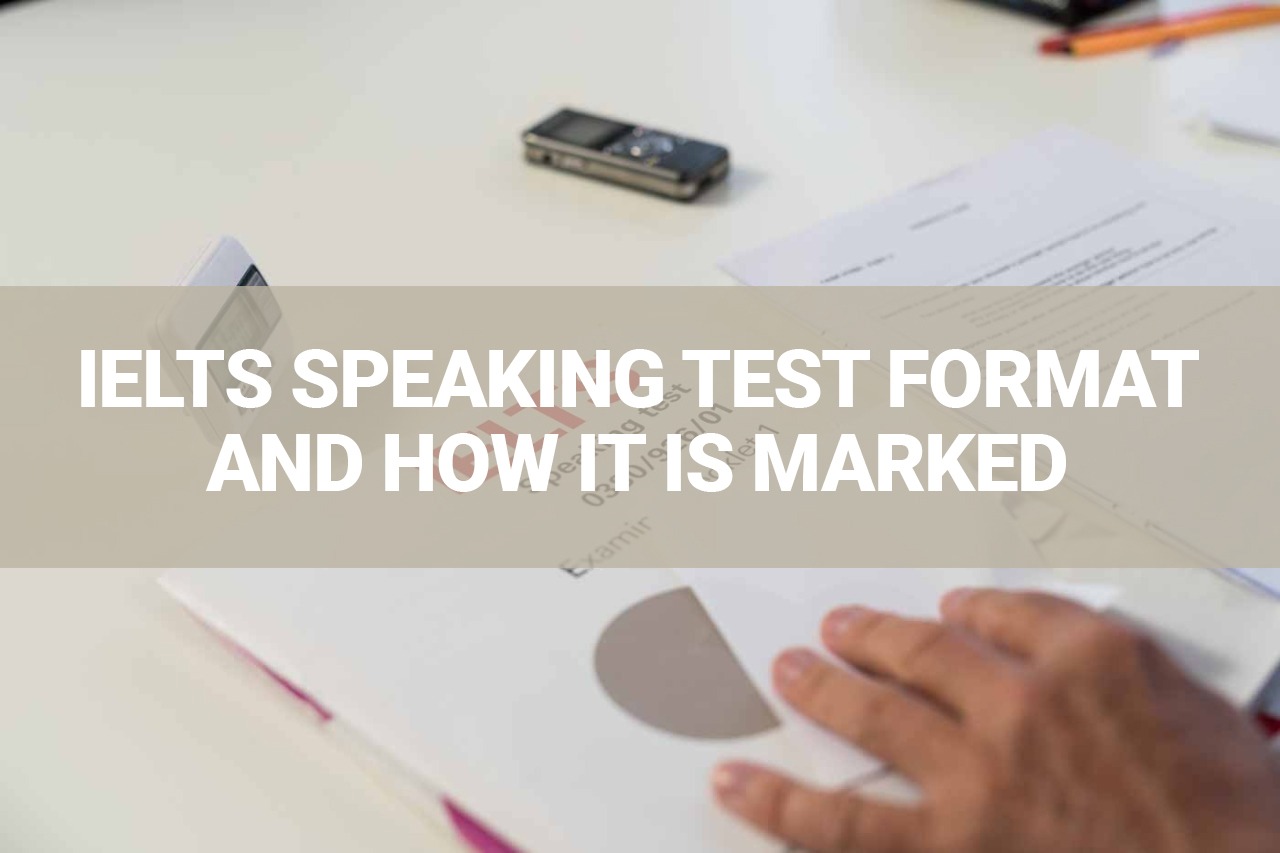 The IELTS pattern for the speaking section is quite simple. The speaking section is like a face-to-face interview between the test taker and the examiner/candidate. In IELTS Speaking, grammar, accuracy, coherence and fluency, lexical resources, and pronunciation of a candidate are assessed and analyzed in 11-14 minutes.

Test takers have to complete three tasks in this section.

These tasks allow the examiner to check the ability of the candidate to communicate their views on everyday topics, any given topic, and the ability to justify what they have said.

This section is also similar for both the IELTS Academic and IELTS General Training.

How it is marked

Speaking performances are evaluated by certificated IELTS examiners. All IELTS examiners hold relevant teaching qualifications and are recruited as examiners by the test centers and approved by the British Council or IDP: IELTS Australia.

Scores are recorded in whole and half bands. Detailed performance descriptors have been developed which describe spoken performance at the nine IELTS bands.

This refers to the ability to talk with normal levels of continuity, rate, and effort and link ideas and language together to form coherent, connected speech. The key pointers of fluency are speech rate and speech continuity. The key indicators of coherence are logical sequencing of sentences, clear marking of stages in a discussion, narration, or argument, and the use of cohesive devices (e.g. connectors, pronouns, and conjunctions) within and between sentences.

This criterion refers to the range of vocabulary used and the precision with which applications and attitudes can be expressed. The key indicators are the variety of words used, the adequacy and appropriacy of the words used, and the ability to circumlocute (get around a vocabulary gap by using other words) with or without noticeable hesitation.

This criterion refers to the ability to produce comprehensible speech to fulfill the Speaking test requirements. The key indicators are the amount of strain caused to the listener, the amount of the speech which is unintelligible, and the noticeability of L1 influence.

Best IELTS Coaching in Gurgaon Sector 14: Here’s What You Need to Know?

Everything About Paramedical Course

Best IELTS Coaching Near Me